Injustice in the workplace can trigger feelings of embitterment in employees 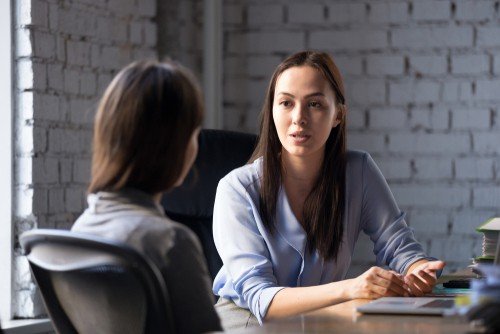 A recent study conducted among NHS staff in the UK revealed that occupational health professionals frequently encounter employees who are in a negative state because of unfair or unjust treatment by their supervisors or by their employer (Sensky et al., 2015). Consultations involve exhaustive accounts of the injustice, accompanied by expressions of anger and frustration. Such presentations are characteristics of embitterment.

Professor Michael Linden, initially defined embitterment in 2003 as the mental reaction to critical yet common but not everyday, negative life events that are mainly experienced as unjust, personal humiliating or hurtful and can result in persistent psychological stress and even intense desire for revenge. According to Linden, 1-2% of the population suffer from embitterment. Experiences of injustice and unfairness are common in the workplace. However, organizational and occupational health studies have disregarded the phenomenon of embitterment and the research on the field of embitterment and the workplace is still in its infancy.

The fact that nearly half of the sample reached the threshold for clinically significant intensity of reactive embitterment, must be considered as a warning sign that embitterment does exist in the workplace and is becoming a common feeling among employees.

Recent studies (Michailidis & Cropley, 2016; 2018) have indicated that perceived breaches in organisational justice and unfair treatment by supervisors in the workplace are associated with employees’ experiences of workplace embitterment. Findings suggest that organisational injustice especially in the form of lack of control seems to predict feelings of embitterment in the workplace. The experience of being controlled in a large extent causes employees to feel that they personally lack of freedom and control in the way they perform their work, which subsequently has been found in the present study to relate with embitterment.

But why is embitterment something we should worry about?

Experiencing embitterment in the workplace can take a toll on employees’ well-being. Recent findings indicate that experiencing embitterment can interfere with employees’ ability to adequately recover from work due to repetitive or ruminative thinking about work-related issues (Michailidis & Cropley, 2016). Some further psychopathological symptoms of individuals suffering from embitterment include negative and dysphoric mood, restlessness since the event, avoidance of places and people that elicited memories of the event and general resignation since the event with no meaning in further effort (Linden, Baumann, Rotter, & Schippan, 2007). Finally, the study conducted among embittered NHS staff has further revealed that 93% of embittered staff had had certified sickness absence (Sensky et al, 2015).

Experiencing embitterment in the workplace can also have a negative impact on employees’ job performance, as feelings of workplace embitterment have also been associated with reduce levels of employees’ work engagement and job satisfaction (Michailidis & Cropley, 2018).

Given the detrimental consequences embitterment can have on employees’ well-being and job performance there is a growing need for effective interventions that can significantly reduce feelings of embitterment and the subsequent consequences of it. Embitterment is triggered in the aftermath of an unjust and unfair event. Employees experiencing unfairness and organisational injustice often deal with this distress alone, as their managers might not realise that a violation has occurred or they might even be unable or unwilling to repair the violation. Thus, its crucial for organisations and managers to not underestimate the emotional and cognitive toll of injustice on the employee but rather try and apply just practices as much as possible. This can subsequently lead to increased job performance, engagement and satisfaction but most importantly to improved well-being.