Is it wiser to get a job or a degree? 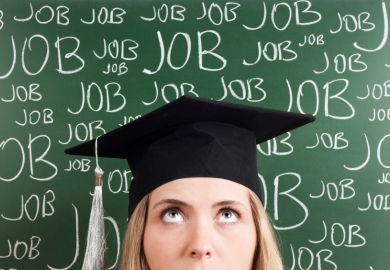 Education is commonly considered by economists as an investment in human capital, with its benefits not limited to the individual who is making the investment but also to society more broadly. These benefits are both monetary and non-monetary.

During the past few decades, a great number of industrialised countries have experienced growing levels of educational attainment, largely as a result of increasing governmental investment in their educational systems. This general rise in the educational level of the population, however, and the oversupply of highly-educated labour, means that highly educated workers often have to accept lower level and hence lower paid jobs. This constitutes in effect a wage penalty (i.e. a lower wage than what they would have been earning had they found a job that matches their education level).

This has led many people to be skeptical about the true value of education and many to advise young people not to opt for higher education. The money they will get in return in the form of a salary is just not worth it! Even if we do not expect everyone to want to go get a university degree, we cannot just accept this statement as being fair or as an advice that we, as a modern developed and forward looking society, should be giving, though.

In this article, we provide an overview of the costs and benefits of educational investments to capture the reasons as to why investing in education is a wise thing to do.

What are the costs of Education?

At a national level, given that governments place a high importance on educational policies i.e. promoting higher levels of education with the expectation of economic development and growth, significant budgetary investments in education are made each year.

Given that education is an investment, it means that explicit and implicit costs are incurred in the short run with the expectation that benefits such as a higher income reward will ensue in the long run.

What are (some of) the benefits of education?

It is generally accepted and empirically established that, other things being equal (e.g. ability, race, ethnicity, gender, and age), monetary returns increase as we increase education. In other words, educational investments are expected to increase the market skills and productivity of individuals, translating into better jobs and higher rewards for additional years of education. There also seems to be a “knowledge spillover” effect which also makes other workers more productive as a result of working with a more educated worker.

An alternative argument to the Human Capital view – according to which education increases individuals’ earnings by raising their productivity – is that education may increase earnings even if it does not make individuals more productive.

This happens if education serves as a signal of ability or of higher productivity to potential employers, especially in situations where these cannot be easily observed (Spence 1973). In other words, employers, faced with limited or no information in relation to the true ability or skills of prospective workers, can use education as a signal or a proxy when making a hiring decision. Hence, educated candidates have an advantage against candidates with less education.

In general, groups and countries with a higher level of attained education across their population tend to fair better – not only in terms of increased labour market productivity and stretched production possibility frontiers but also in terms of better social and living conditions, such as lower crime rates and higher living standards. These lead to fewer subsidies and hence fewer taxes incurred by the tax payer too.

Looking beyond monetary returns, better educated people enjoy other benefits that lead to higher personal welfare as well as psychic gains when compared to the less educated, such as increased respect from others.

Educational investments have also been found to be decreasing the chances of becoming unemployed and to lead to better health, marriage and parenting decisions.

Lastly, education has been found to make people more goal oriented and less likely to engage in risky behaviour.

The question of whether returns to education are high enough to justify the costs of additional education is an important question, not only for individuals but also for policymakers as a significant amount of government budgetary spending goes to education infrastructure and to policies such as education subsidies or loans.

According to the points presented in the article, it seems like education, irrespective of whether it leads to significant monetary private and/or social returns is much more than a piece of paper that certifies ‘knowledge’ and that can open doors.

As Albert Einstein has put it: “Education is not the learning of facts but the training of the mind to think”. And I couldn’t agree more.

Education is more than the learning of facts. It goes beyond curricula and formulae. It teaches people to be persistent, to be critical, not to give up, to work hard and to work with their brains to find solutions and answers.

We should stop thinking only in terms of curriculum and titles and focus more on how education can help people become active thinkers, develop analytical and critical thinking that will not only make them better graduates in their field but also help them deal with everyday life in a wiser manner: to learn to become more goal-oriented, to be persistent in their tasks and to be effective problem solvers.

According to the website of the department of Higher and Tertiary Education of the Cyprus Ministry of Education and Culture, globalisation and the rapid technological change which has resulted in the restructuring of economies in the majority of countries around the world make higher education vital for the personal, economic and social development of individuals, groups and states. According to the same source, higher education, being directly connected to employment, is the most significant education level, playing an important role for development and social coherence. This portrays the importance placed by the government on education and on specifically higher education.

However, education or learning is not confined to academia. It can be vocational, it can be practical, it can be any training of the mind to think.

Education is also not only for those just finishing high school. It can (and should) be pursued by anyone in the form of life-long leaning. This is especially important in today’s ever-changing world that makes life long learning essential for helping people understand how to learn, how to think and how to adapt.

The individual gains from education and life-long learning go far beyond monetary returns and the returns to society from having an educated population go far beyond higher national output.